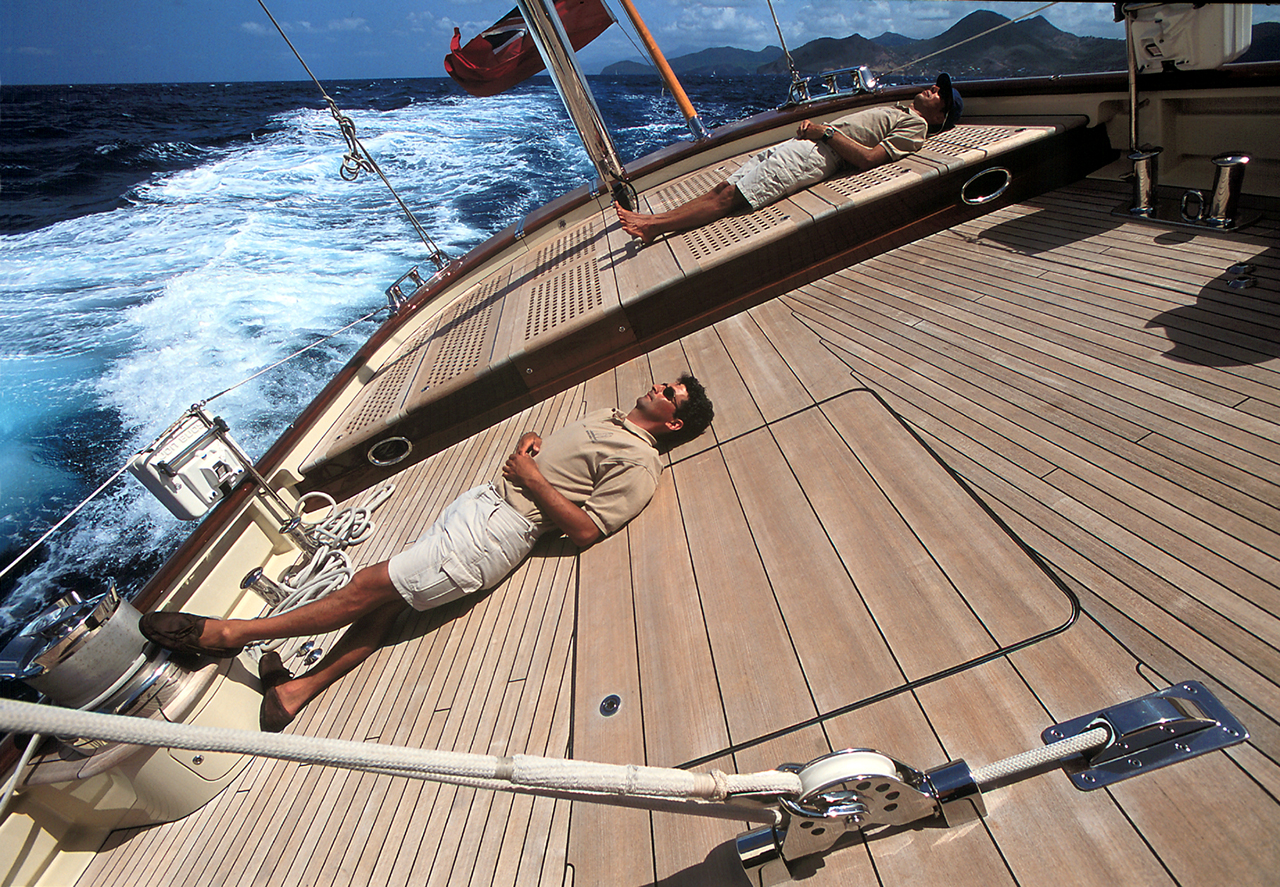 In the years from 2000 to 2003 i was able to document several enormous yacht-building projects. Each story was presented in a film on its own. The idea for this film however was born by the extreme contrast of styles found in the individual projects: the race-schooner replica ”ELEONORA”, the 130´ high-performance sloop ”ALITHIA” and the 300t 165´ cruising schooner ”BORKUMRIFF IV”. These projects contain everything, from having to face endless challenges to becoming breathless from fascination and being filled with pure joy. Through comparing building moments, launching parties and sea-trials across the projects we discover that they have more in common than them being groundbreaking in their own right.